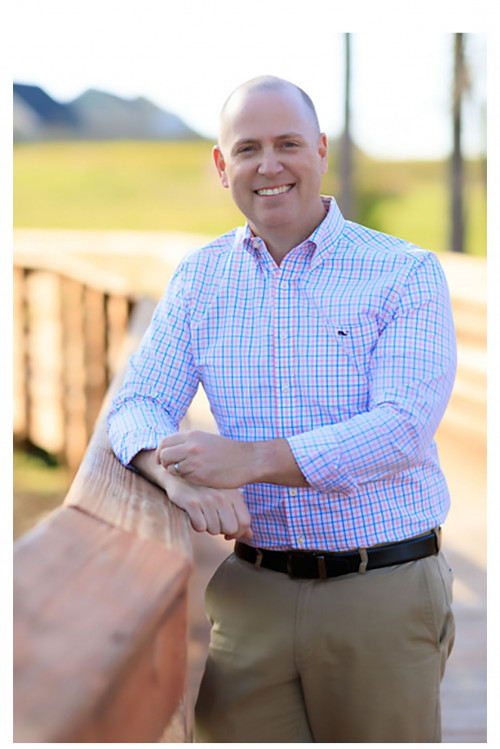 After spending 24+ years in the consumer finance industry, many of those spent as an “unlicensed Realtor’s spouse”, Joe began his own career in the real estate industry!  Together with Valerie, the vision for Why Realty Group began.  Client satisfaction has always been his main focus, and Joe brings that same dedication to his real estate clients.

Joe negotiated thousands of transactions and maintained strong client relations while traveling throughout North and South Carolina, managing various offices for a regional bank.  Moving permanently to Raleigh in 1999, he has been in Wake County ever since.  He has lived in North Raleigh, Midtown, Wake Forest, and Wendell – and previously worked in Raleigh, Cary, and Clayton – so he is well versed in “all things Triangle”.

Originally from Greenville, NC and a graduate of East Carolina University, Joe spends a great deal of time in Eastern North Carolina supporting his Pirates.  He and Valerie have four children and two golden retrievers that they adore (the children too)!

He volunteers with Wendell United Methodist Church, Wendell Chamber of Commerce, Wake County Meals on Wheels, serves as a Commissioner on the Town of Wendell Board, and is the membership director for the Wendell Rotary Club.

We use cookies to enhance your browsing experience and deliver our services. By continuing to visit this site, you agree to our use of cookies. More info